Trabeculectomy is an operation used in the treatment of glaucoma and it involves the creation of a fistula between the inside of the eye and the space under the conjunctiva, the clear tissue covering the white of the eye. It allows fluid to drain out from the inside of the eye into this space, thus lowering the pressure in the eye. The surgery can be performed under local or general anaesthetic and takes around an hour to perform.

The conjunctiva is peeled back, a bit like the cuticle on a fingernail, and a rectangular flap is made in the stiff white part of the eyeball (the sclera). An opening is made under the flap into the eye, removing a section of sclera and a section of the iris, to stop it from plugging the opening. 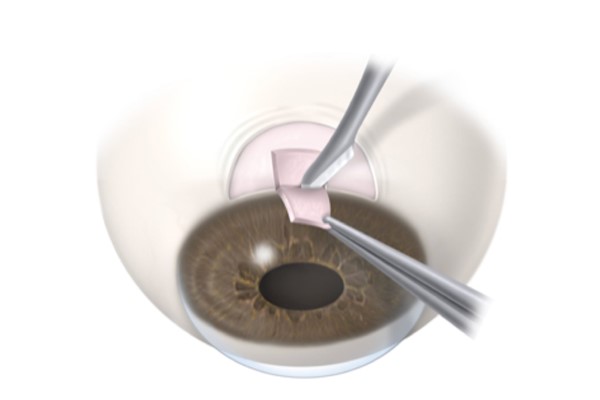 The scleral flap is then stitched back using a fine section of suture made of nylon. The stitches are adjustable/removable so the flow of fluid from inside the eye can be controlled. The conjunctiva is then repositioned over the sclera and stitched back down into place.

The site of surgery is usually under the upper lid so is not visible directly but a blister or ‘bleb’ can be seen if the upper lid is lifted. This is the site to which the fluid drains from inside the eye and from there it diffuses away into the vessels over and around the surface of the eye.

Frequent follow up is required, usually on day 1, and then weekly for a number of weeks and the aftercare is as important as the surgery itself. As with any cuts made in the body, scarring can occur and this drainage channel can shut down. There are a number of ways, this scarring is minimised. First, during the surgery, an anti-scarring drug is used (either Mitomycin C or 5-Fluoroural) and after the operation, steroid drops are prescribed, along with antibiotics. The steroid drops are usually prescribed 2-hourly for a minimum period of 2 months.

If the flow slows, the stitches can be released to open the flap and increase the flow. Often, a small procedure called a needling is used to break up the scar tissue and a small amount of anti-scarring drug is added to help keep the flow out of the eye going and to keep the bleb functioning. This can sometimes be done in clinic but often is done in the operating theatre.

Trabeculectomy aftercare is complex and there are a number of potential problems or complications after surgery:

ECP is laser treatment that can be performed at the same time as cataract surgery and through the same small incision. The laser uses thermal energy applied to the ciliary body, which lies behind the iris (coloured part of the eye) and is responsible for producing the fluid that circulates around the eye.

It takes only a few minutes and can reduce the production of the aqueous humour into the eye, thus reducing the eye pressure. 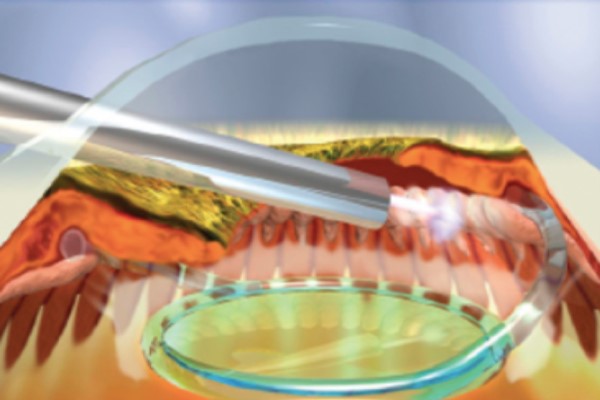 This is a small titanium stent that can be inserted into the drainage angle in the eye to improve the outflow of aqueous fluid from the eye. It can also be inserted at the same time as cataract surgery through the same micro-incision. It again takes only a few minutes to do and is generally safe and well tolerated. 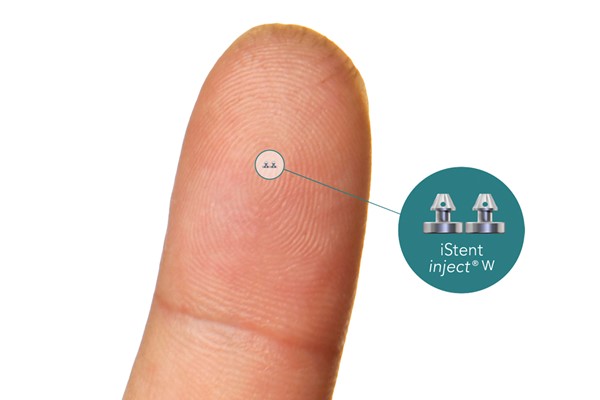 The iStent increases the outflow of fluid from the eye whereas the ECP laser reduces the fluid draining into the eye. In theory, this sounds perfect as it can be done through the same incision and at the same time as cataract surgery taking an extra 15 or so minutes. In practice the pressure reduction is of around a magnitude of 5-6 mmHg, which may not be enough for some advanced cases. Additionally, there is a risk of pressure spikes for a few weeks after this surgery, which may be detrimental in advanced glaucoma.